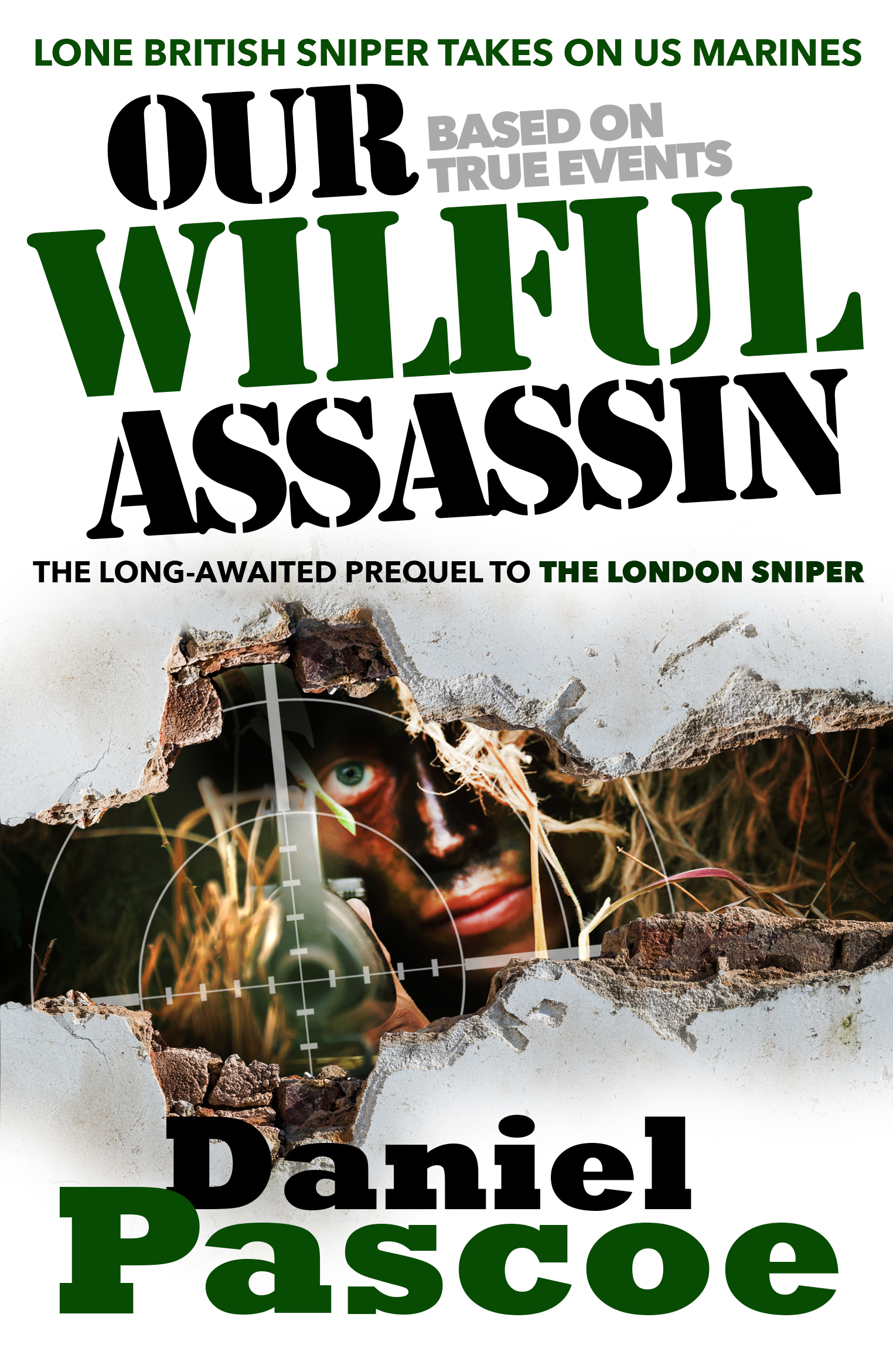 LONE BRITISH SNIPER IN HADITHA TAKES ON US MARINES

When subpoenaed to testify against US marines accused of atrocities in Iraq, ex-British sniper Jarvis Collingwood finds himself the target of a group of vengeful American soldiers prepared to go the full distance to hide the truth.

He lifts his head and for the first time for a long time, engages directly with Pamela’s warm eyes and huge pupils, as if this is the most important moment in their lives

For a fraction of a second, Jarvis freezes, not knowing what to do, questioning why he had not organised for himself a proper escape route

To buy this book, Ebook or paperback, please use the buttons below:

WHO KNOWS WHAT GOES ON BETWEEN TWO PEOPLE IN THE SECRECY OF THEIR OWN HOME?

Sometimes you never know what goes on within a marriage, even your own, until some catastrophe happens.

On departing she left a tiny smear of lipstick on his cheek and the waft of Chanel lingering in the hallway.

Arnold Westlake is a decent, likeable bloke who plays golf. Helpful, reliable. Unsettled, bored, pent-up. Tamara is a lovely lady who bakes cakes and plays bridge. Thoughtful, kind. Frustrated, directionless. They avoid, they circle, they both keep secrets. And with wealthy Ben, complete alpha male and outrageous show-off, they play a dangerous game. After an unexpected burst of anger, who will emerge a winner when tragedy strikes? 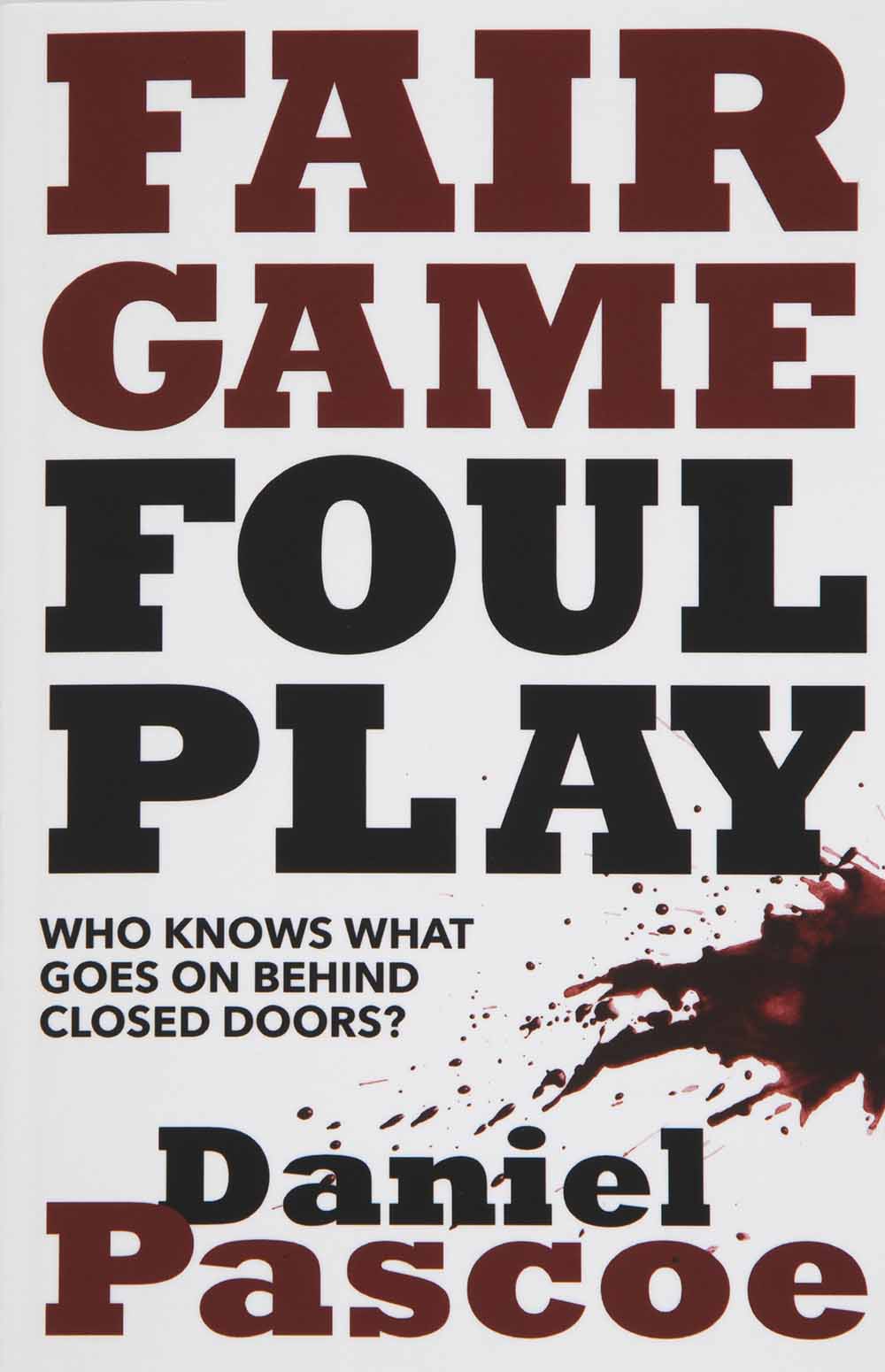 From a quiet village in North Yorkshire, a story of slow-burn domestic tension, discontent and tragedy compounded by cover‑up, and a desire for survival no matter what. Not so much a whodunnit, more a will-they-get-away-with-it that you won’t want to put down.

“The plot was so good I couldn’t work out the ending, so it kept me gripped.”

There is silence between them; not even the ticking of a clock or the sound of a distant London siren would have been registered in either of their minds, so locked were they into their own thoughts.

AN EVERYDAY TALE OF CONSPIRACY AND POLICE COCK-UP, SPRINKLED WITH TRAGEDY, MISHAP AND JUST A LITTLE ROMANCE.

Olivia wants to be a writer and plans a biography of the charismatic Hugo, but their previous experience as lovers haunts them.

What could more effectively turn a girl’s head, but an artist with magic in his fingertips and mystery in his brush strokes?

Art is able to teach us the value of love, grief, joy and compassion, which are the very points of being alive.

She releases the black gripped handle and watches it reverberate in its fixed vertical position. The resultant human scream is delayed, as there is a finite time between the blade first penetrating the skin and his mind registering the unpleasant event, despite him looking down at it.
But when it comes, it is as lancinating a bellow as she has ever heard, a distressing animal sound that must have been registered all the way to the Shepherd’s Bush roundabout.

Olivia is liaising with the mysterious Louise, while Hugo still hankers after his long-suffering muse, Samantha. A police shooting, a kidnapping, and a desperate search leads to a breathless finale, while the lurking Edward threatens in the background with his own deadline.

SO MUCH IN OUR PALTRY LIVES IS FIXED AND CANNOT BE ALTERED BY ANYTHING AS TRIVIAL AS DESIRE OR WILLPOWER – WE CANNOT JUST WISH THINGS TO BE DIFFERENT.

AN INTELLIGENT COCKTAIL OF SLOW-BURN TENSION AND THRILLS, A CHILLING REVENGE CRIME STORY YOU WON’T WANT TO PUT DOWN!

The head of the lonely Englishman, with tangled hair and dirt-stained face, imprinted for ever with an agonising expression of astonishment, seemed to hang in position for an impossibly long time, before tumbling onto the mucky floor with a thud.

Jarvis Collingwood and Leon Deshpande are incarnate warriors of the modern age, cool, calculating and determined to win, professional in all that they do, heroes both in many ways. Jarvis is an expert sniper paid by an old man desperate for revenge on those he holds responsible for a son beheaded in Iraq. Leon is an expert security man and maverick alpha-male with some points to prove, who always gets his man especially if the price is right.

Jarvis uses a young naïve Naomi as part of his cover while Leon hunts him down, reaching their final shoot-out in a remote forest hideaway. 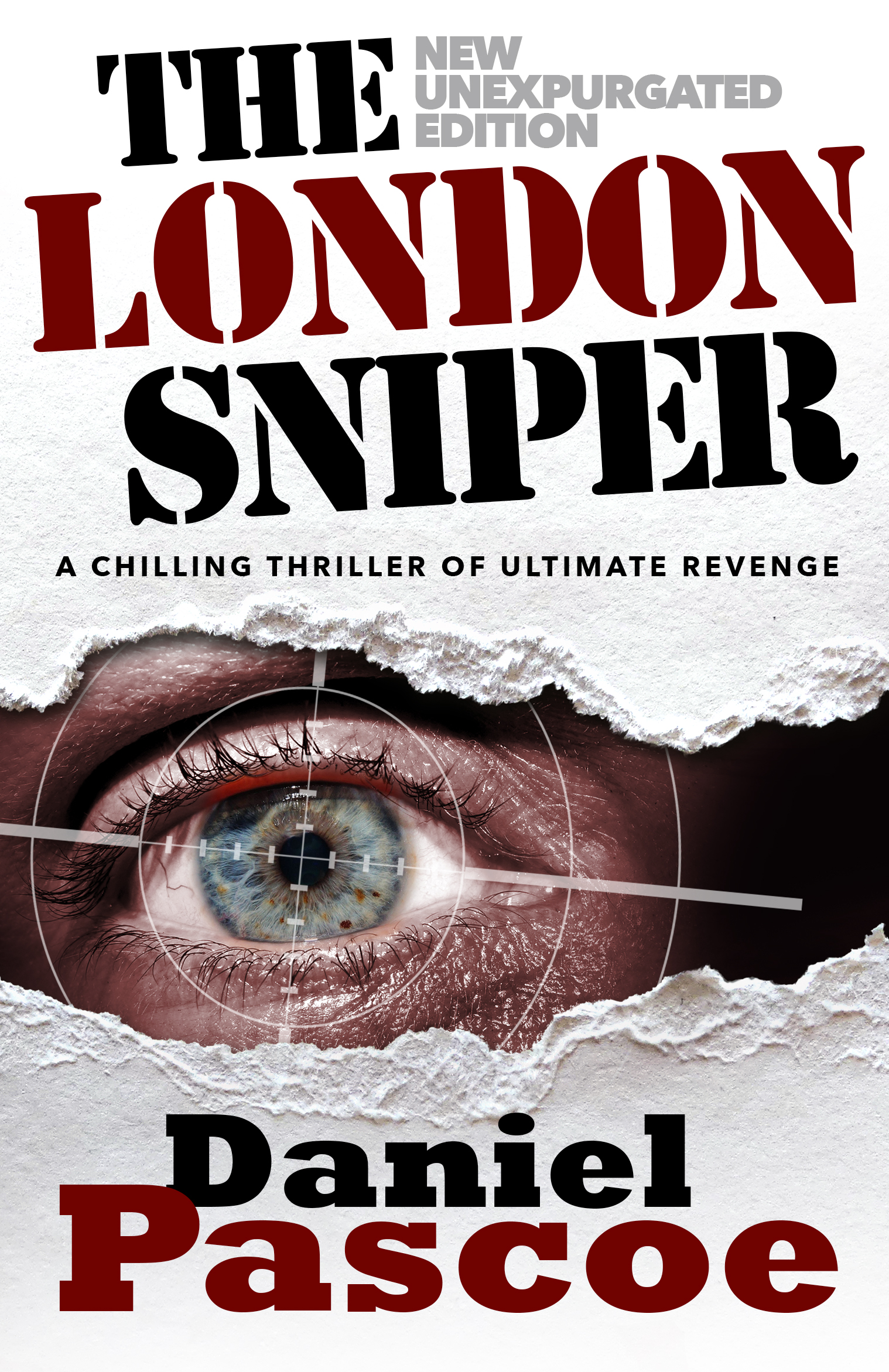 The forest was echoing with the dying sounds of gunshots. Naomi stepped away, dropped the heavy pistol to the ground, deafened and shocked. She flopped like a ragdoll onto her knees. Behind her, the bodies of the two adversaries she had come to trust lay still in the gloom and near silence. She hung her head in despair and longing. 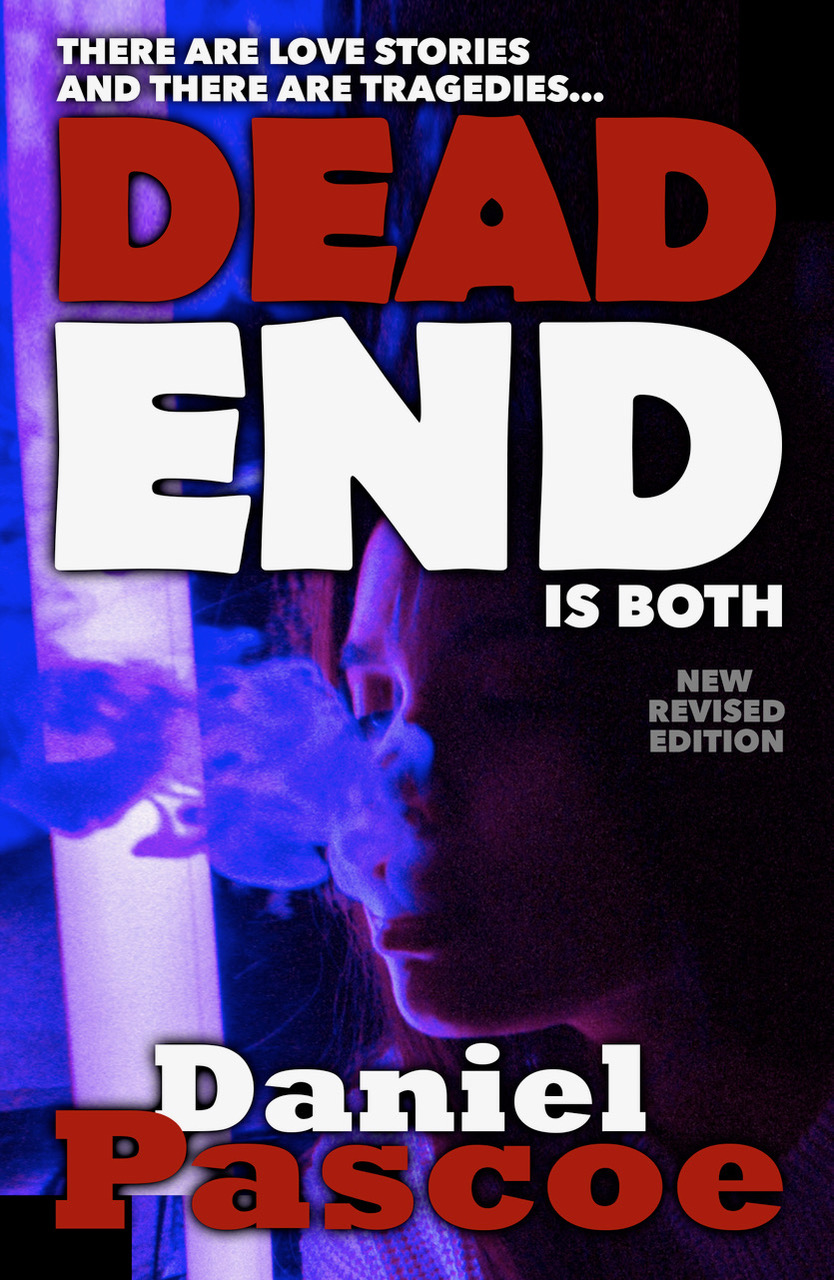 A BRILLIANT MIX OF HUMOUR AND INSIGHT, A TRAGIC ROMANCE, ULTIMATELY THRILLING.

A past secret revealed. A search for a long-lost child. Murder and mayhem on the south coast of Spain. Wouldn’t you want to rescue your daughter if she was in trouble?

Matthew met a beautiful girl called Stephanie, who he honestly believed had breezed in from paradise. In his innocence he assumed her beauty was the truth and the truth was love.

They kissed the wine drops off each other’s lips, their minds softened by blueberry haze.

The two Spaniards retreated backwards uphill, but each one was pierced simultaneously through the chest with a bone-crunching thud by six-foot-long hemp darts that poked horribly blood-stained through their backs and sent them unceremoniously to the ground in adjacent heaps.

Dead End is really two stories: one romantic and sad, of a young man’s coming of age and first love, an unseen child and the obsession to find her; the other fast-moving and tragic, thrilling episodes of avarice and theft, of kidnap and torture among menacing drug dealers and ruthless politicians. The link is the foppish courageous Matthew Crawford, who first reveals his secret at his daughter’s wedding and then walks into Sophie’s chaotic and dangerous life in Marbella.

She sank to her knees, trembling, close to defeat, thinking she would give up. ‘Oh God, please help me,’ she whined. Not being a believer, she inwardly saw the weakness of her plea.

Keep up to date with publication news, gain some insights into the stories behind the stories. Information and entertainment.

You will not be bombarded with Emails every week or sent demands to buy products.

You will have access to FREE/SPECIAL offers from time to time.

And you will be able to unsubscribe whenever you want.